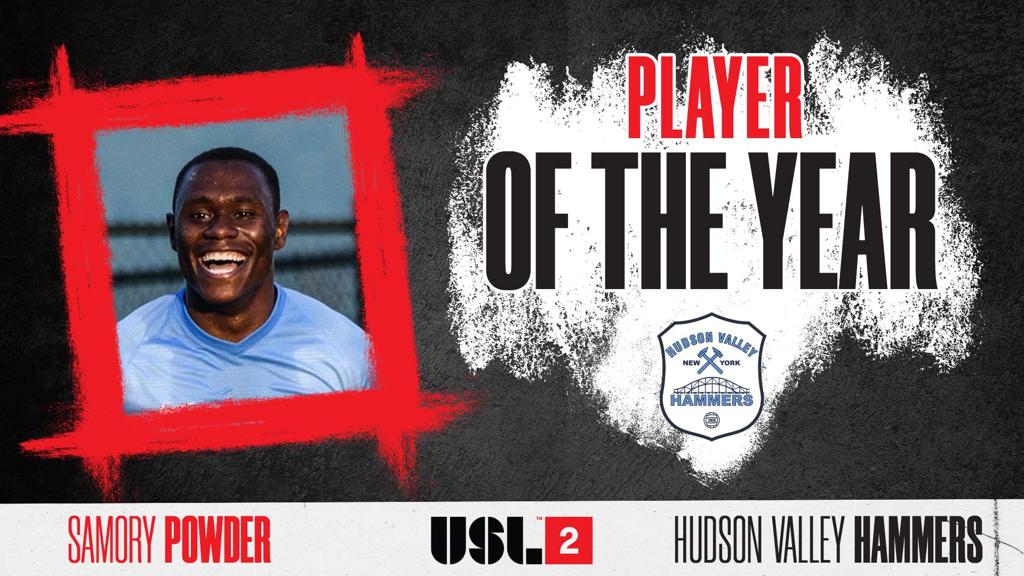 TAMPA, Fla. - Hudson Valley Hammers right back Samory Powder has been named the 2022 League Two Player of the Year.

The explosive defender led the Hammers in goal contributions from a fullback position, contributing to scores in eight different matches. The Hammers won six and lost two when Powder found his way onto the scoresheet.

Powder contributed to 1.10 goals every 90 minutes, one of the highest rates in the league, and certainly the highest among defenders.

Powder is the brother of current FC Tulsa defender and Trinidad and Tobago international Noah Powder.