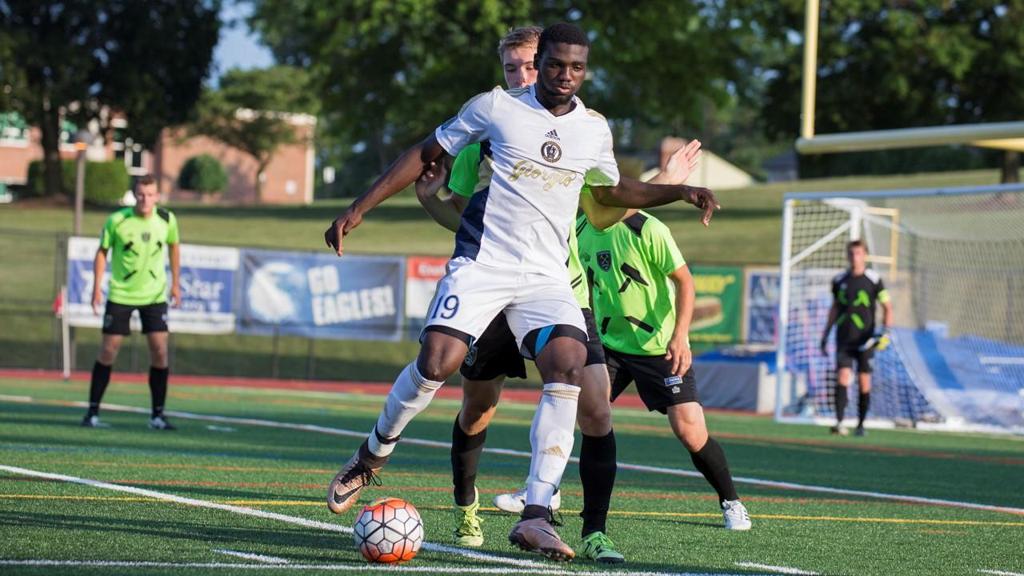 Frantzdy Pierrot with Reading United AC. He played 22 matches for the side between 2016 and 2018, scoring 12 goals.

Pierrot has scored five goals in six appearances for Maccabi Haifa, all in the Champions League qualifying rounds. He joined the club earlier this summer from French side Guingamp. He scored a brace against Greek champions Olympiacos, as well as Serbian champions Red Star Belgrade in the first leg of their competition.

In the first half of Haifa's away leg in Serbia, Red Star got out to an early 2-0 lead as the match approached half time. After a missed penalty by Haifa's Dolev Hazizia, a long strike from Sundgren leveled the teams 4-4 on aggregate headed into half.

The second half was more positive for Haifa, but the team struggled to get the ball into scoring positions. Pierrot came back to the midfield to assist with some attacks, but as the game turned to the 90th minute, it appeared as if the match was destined for extra time.

However, a foul on the left side of the pitch led to one final free kick for Haifa, a sweeping kick that Belgrade striker Milan Pavkov accidentally deflected into his own net, putting Haifa through to the Champions League group stage.

Frantzdy Pierrot appeared 22 times for Reading United between 2016 and 2018, scoring 12 goals, including two hat tricks in the 2017 season.

The UEFA Champions League Group Stage Draw will take place Thursday at 12 p.m. ET, where Pierrot and Cohen will find out their opponents for the coming campaign.