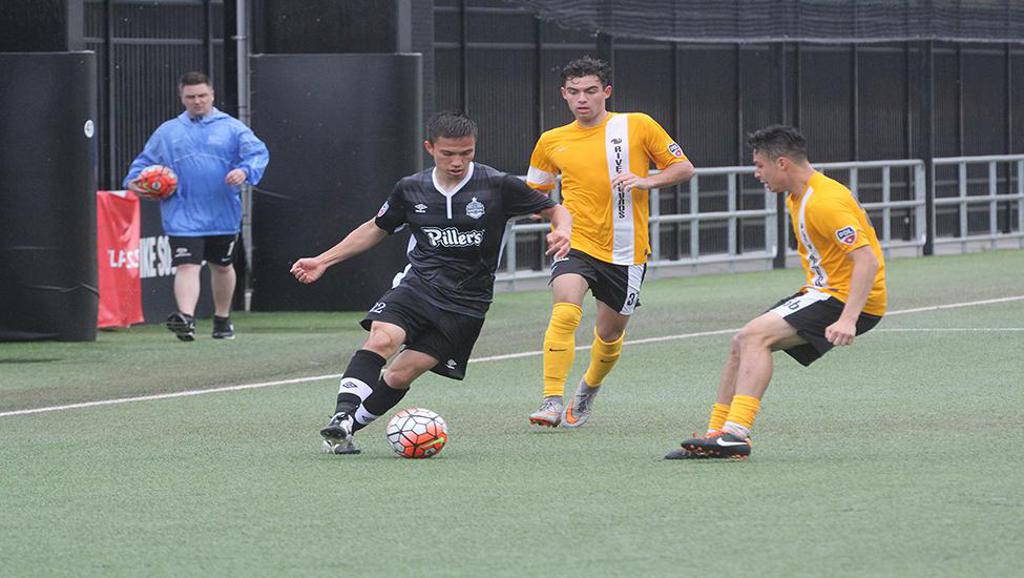 Waterloo, ON - Following their 10th win of the season and second win over the Pittsburgh Riverhounds, K-W United are officially going to the playoffs. Nearing the end of the regular season, K-W continued to impress and draw on their undeniable strengths to come out on top over the Riverhounds in a 2-0 shutout win to cinch their spot.

In the early minutes of play, it was clear that K-W was determined to keep the action as far away from their net as possible. Putting the pressure on the Riverhounds, K-W United took multiple chances within the first 15 minutes to try and get on the board and catalyze their eventual win.

The first half however, saw little action in scoring despite the constant action by K-W's offense who were locked in on Pittsburgh's end of the field.  The second half of the match would begin in a 0-0 tie with K-W ready to bring even more pressure in the time that remained.

The determination was clear from the start as once again, K-W kept the play as close to Pittsburgh's net as they could.

Several shots were taken including two from Adams without landing the much anticipated first goal of the game.

But, in a typical one-two fashion, K-W would succeed in netting two goals, back-to-back in the 69th and 70th minute. Midfielder Ismael Longo would sink his first for K-W with an assist from Adams to get K-W onto the board. Less than a minute later, Crosby would set up Mills to land a second goal and take on a 2-0 lead.

In the remaining minutes, K-W would continue to fire on Pittsburgh in an effort to land their 3rd of the game. The match would finish with a 2-0 win for K-W and a guaranteed spot in the playoffs.

"Man of the Match" was awarded to Ismael Longo.